The Ember Days are a strange item on the Church’s calendar.

They are “traditionally observed on the Wednesdays, Fridays, and Saturdays after the First Sunday in Lent, the Day of Pentecost, Holy Cross Day, and December 13” (BCP 18).

Since Pope Gelasius I instituted the practice in 494, it also became customary for the Ember Days to serve as days for ordinations. The faithful would join the ordinands in fasting on Wednesday and Friday, and the ordination would happen (as is still pretty common) on Saturday.

This association with ordination is expanded upon in the Episcopal Church’s Book of Common Prayer, and now the three collects appointed for the Ember Days (BCP 256) invite us to pray for:

I. Those to be ordained

II. The choice of fit persons for the ministry, and

III. For all Christians in their vocation

To mark these days in the Daily Office, it would be natural simply to use the first collect on Wednesday, the second on Friday, and the third on Saturday. You will notice that the third collect is the same as one of the Prayers for Mission (BCP 100) that we use regularly in Morning Prayer.

So what? Why should we care about the Ember Days?

Well, let me bring it closer to home and give you some examples.

I am a member of the Commission on Ministry (COM) here in the Episcopal Diocese of Fond du Lac. Our job is to assist the bishop in the following ways:

Four times a year, the Ember Days specifically focus not just the COM but the whole Church on praying for all Christians in their vocation.

Today is Ember Wednesday, so we pray for those to be ordained. In our case, the next ordination in the Diocese is that of Fr. Matt Gunter, who will be ordained as our new bishop on Saturday, April 26. Today I pray not only for him but also for all who are working to make that ordination service a celebration of our life and ministry here in northeastern Wisconsin.

On Ember Friday, we pray for the choice of fit persons for the ministry. The COM just began offering a group discernment process called Circles of Light for all who are interested in seeking God’s will for their ministry, and of the 10 people in the group two think they might be interested in the diaconate and two in the priesthood. I’ll pray especially for those four people this Friday.

On Ember Saturday, we pray for all Christians in their vocation. This Saturday, I’ll be with the young adults of the Diocese at a Happening weekend, and I can’t think of a better time to pray for vocation than with high-school age Christians.

Who might you pray for during this Ember Week?

I am deeply grateful to Michael P. Foley’s article on the Ember Days for this delicious — and I mean yummy! — bit of trivia:

Even the Far East was affected by the Ember days. In the sixteenth century, when Spanish and Portuguese missionaries settled in Nagasaki, Japan, they sought ways of making tasty meatless meals for Embertide and started deep-frying shrimp. The idea caught on with the Japanese, who applied the process to a number of different sea foods and vegetables. They called this delicious food—have you guessed it yet?—“tempura,” again from Quatuor Tempora.

So next time you’re out for sushi, take a moment to pray for those about to be ordained, for the choice of fit persons for the ministry, and for all Christians in their vocation. You’ll be glad you did. 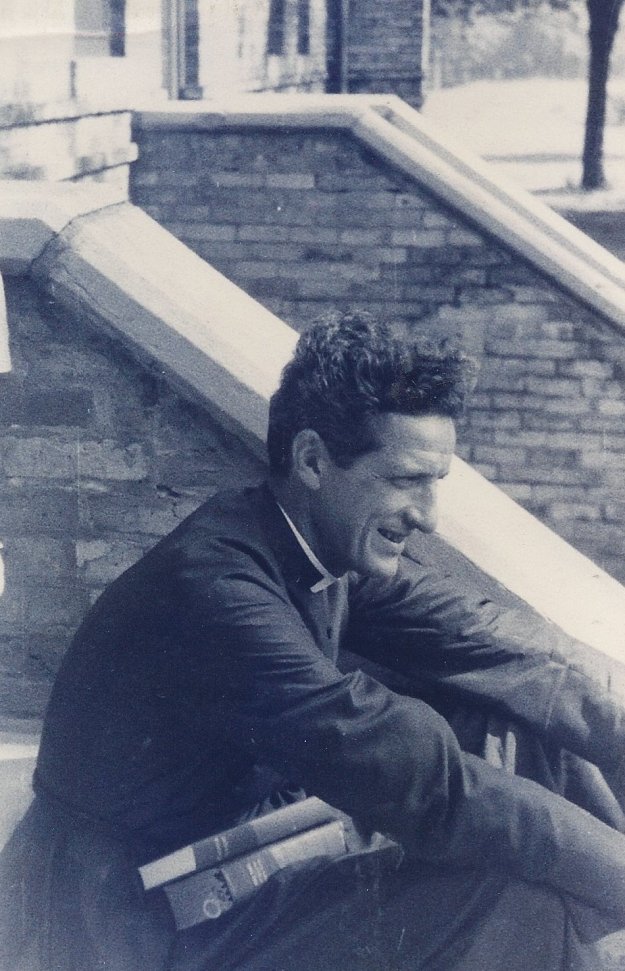 For the choice of fit persons for the ministry

O God, you led your holy apostles to ordain ministers in every place: Grant that your Church, under the guidance of the Holy Spirit, may choose suitable persons for the ministry of Word and Sacrament, and may uphold them in their work for the extension of your kingdom; through him who is the Shepherd and Bishop of our Souls, Jesus Christ our Lord, who lives and reigns with you and the Holy Spirit, one God, for ever and ever. Amen. (BCP 256)

Today is one of the Spring Ember Days, which fall on the Wednesday, Friday, and Saturday after the First Sunday in Lent. If you look on BCP 256, you’ll see there are three Collects appointed For the Ministry (Ember Days).

On Wednesday, you might pray the first Collect, for “all who are now called to any ministry.” Today you might pray, as above, that the Church may choose “suitable persons for the ministry of Word and Sacrament.” And tomorrow, Saturday, the Collect bids us pray “for all members of [God’s] holy Church.”

My grandfather, J. Rodger McColl, is pictured above. He grew up at St. Martin’s Church on the west side of Chicago, attended Western Theological Seminary (later Seabury-Western) in the 1930s, was the chaplain at the Chapel of St. John the Divine in Champaign-Urbana, Illinois in the 1940s, and served as rector of St. Augustine’s in Wilmette, Illinois in the early 1950s.

He was a fit person for the ministry of Word and Sacrament, even though that ministry ended in heartbreak for my family. He was deposed from the priesthood after having an affair with a woman in his parish, and sent to New York City — ostensibly to work for the National Church, but really to avoid scandal. He died in 1954, very shortly after arriving in New York, and it was discovered that he had a massive brain tumor. My grandmother (and later, my aunt) tried in vain to have him reinstated, but the Church denied their pleas. My grandmother was cut off from his pension, and I believe she never darkened the door of a church again. In the files of the Episcopal Church, there is only one piece of paper about him — it is as if he never existed.

There is no doubt that he should have been removed from his ministry; I taught for nearly 15 years on preventing sexual misconduct in church settings, and I believe that we must be clear and firm about protecting people from harm.

The day after he died, my grandmother received a postcard from one of his former parishioners with the following poem:

O flawless Christ,
redeem this man
whose gentle hand
briefly held the bleak world back;
whose cool clasp steadied, encouraged,
and retrieved me
from the beaten edge
of oft-repeated sins;
whose constant gaze
upon Thy face
gave forth such a light,
Earth’s curtain lifted,
and there, all-bright,
was heaven.
Find him
the peace he found for me. Amen.

Pray during these Ember Days that the Church may find persons fit for the ministry because of their constant gaze on Christ and suitable because of their steady, encouraging gentleness. Pray, too, that we may uphold them, sinners just like we are, in the redeeming work God calls them to.